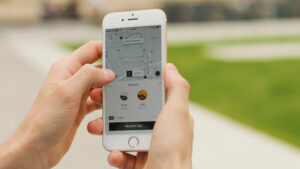 Uber is facing further claims for compensation over racial discrimination from drivers who say they had been falsely dismissed because of malfunctioning face recognition technology.

The claims have emerged after Uber introduced an automated system to check the ID of drivers operating its services in April last year. Each time a driver checks in for work, they must take a selfie picture that is then compared, using an automated system, to one on their Uber account profile.

Pa Edrissa Manjang, who worked for the Uber Eats takeaway courier service in London, has launched an employment tribunal claim alleging his account was illegally deactivated. He says the automated facial-verification software wrongly decided his selfie pictures were of someone else on several occasions.

Manjang, whose case is being backed by the App Drivers & Couriers Union, was dismissed on 1 May this year for “continued mismatches” between the pictures he took to register for a shift and the one on his Uber work profile. When he suggested Uber ask a human being to review the photos he was told that after “careful consideration” his account was being deactivated. No further information was provided about the nature of the review of his case.

Manjang claims Uber failed to investigate the potential discriminatory effect of the automated software, to speak to him about the issue or allow a human to review the photos he had checked in with.

Another person bringing a tribunal claim is Imran Javaid Raja, who was dismissed in October 2020 after the same checks led to the revoking of his licence by Transport for London. He was reappointed the following month, with Uber accepting they had made a mistake. However, Raja could not work until the following January when his TfL licence was reinstated and he says he was never offered any compensation for his period out of work.

“Uber should not be allowed to use facial recognition software in the UK against a vulnerable workforce already at risk of exploitation and human rights violations,” the union says.

It wrote to Microsoft about the use of its technology at Uber and the company said that those deploying its facial recognition software should incorporate “meaningful human review to detect and resolve cases of misidentification or other failure”.

In 2019 Microsoft, which makes the software, conceded that facial recognition software did not work as well for people of colour and could fail to recognise them.

The latest claims against the use of the software have emerged after the Independent Workers of Great Britain trade union said the technology had mistakenly led to at least 36 drivers having their registration with Uber terminated since the start of the pandemic. It is calling for Uber to scrap the “racist algorithm” and reinstate terminated drivers.

The issue is particularly pertinent in London, where nine in 10 private hire drivers are black or black British, Asian or Asian British or mixed race, according to a survey by TfL.

The IWGB is backing a tribunal claim by another unnamed Uber driver who lost his job when automated face-scanning software failed to recognise him.

IWGB members working for Uber staged a 24-hour strike on Wednesday and protested outside the company’s head office in London over the facial recognition issue, as well as pay.

Uber has previously said there are two manual human reviews prior to any decision to remove a driver and the system is “fair and important for the safety of our platform”. It has also said anyone removed from the platform could appeal against the decision. Uber has been contacted for comment.

Studies of several facial recognition software packages have shown higher error rates when recognising people with darker skin than among lighter-skinned people, although Microsoft and others have been improving performance.

Microsoft declined to comment on an ongoing legal case.

Disbelief as Scotland loses out in £1bn carbon capture project

Scotland has been dealt an “economic and environmental” blow after a flagship carbon capture project was sidelined by the UK government, a billionaire businessman...
Read more
News

Stores’ own-label cleaning goods next in line for hike

The prices of supermarkets’ own-branded bleaches and washing up liquids are set to rise after one of the country’s leading suppliers warned that it...
Read more
News

Some large UK businesses will have to start disclosing their environmental impact, under new rules set to be brought in by the Treasury. The requirements...
Read more
News

A brewery in Wales is set to become the first in the UK to be powered by hydrogen, under new plans. Budweiser Brewing Group said...
Read more
News

Are we a nation of tax procrastinators?

New data revealed today has revealed that only a third of tax returns are filed by mid-October, even though individuals have already had eight...
Read more

Disclaimer: morningsmarts.com it's managers and its employees (collectively "The Company") do not make any guarantee or warranty about what is advertised or above. Information provided by this website is for research purposes only and should not be considered as personalized financial or health advice.